New European Ensemble is quickly becoming one of the most innovative, vibrant and versatile ensemble’s for new music. The ensemble has received numerous accolades in the international press for its ‘contagious enthousiasm’ (Nutida Musik) and ‘excellent’ (Volkskrant) performances.

Founded in 2008 New European Ensemble is made of young soloists, chamber musicians and orchestral leaders from across Europe. The ensemble is made up of a group of musicians who perform in flexible settings of between 3 and 25 players.

New European Ensemble has performed in most of the leading concert halls in the Netherlands including Muziekgebouw aan ‘t IJ (Amsterdam), De Doelen (Rotterdam) and the Dr. Anton Philipszaal (Den Haag). The ensemble has presented large scale portrait festivals of Arnold Schönberg and Kaija Saariaho. In 2010 the ensemble created a partnership project with Amnesty International for performances of Hans Werner Henze’s ‘Voices’, exploring human rights issues in the world today. In 2010 the New European Ensemble was ensemble in residence at the White Crow Music Festival Leiden. The ensemble has also been featured at festivals including Music and Art Around (SE), Zwolle Chamber Opera Festival (NL), Festival Dag in de Branding (NL) and the Antillen Festival (NL).

In October, 2010 the ensemble toured Sweden’s major cities starting at Västerås Concert Hall with subsequent performances in Stockholm, Gothenburg and at the Connect Festival in Malmö. In 2011 the ensemble toured the UK for the first time. August 2010 saw the premiere of the ensemble’s first music theatre production at the Orpheus Theater in Apeldoorn. This collaborative effort with New Opera Amsterdam toured the Netherlands to rave reviews ‘fascinating showcase for new music theater’ (Place de l’Opera).
The ensemble has been featured in numerous radio and television broadcasts both in the Netherlands and abroad. Since September 2010 the young composer Benjamin Staern has been the ensemble’s composer in residence. The numerous new works the ensemble has commissioned include compositions by Ronald Boersen, Justin Christensen, Silvia Colasanti, Pär Frid, Reinbert de Leeuw, Joey Roukens, Benjamin Staern, Klas Torstensson, Klaas de Vries and Velislav Zaimov.

New European Ensemble is actively engaged in educational and community activities. The ensemble frequently produces projects focusing on many of today’s most vital societal concerns as well as inspiring creativity and innovation in young people.

The ensemble’s first CD recording with works by Arnold Schönberg is set to be released soon.

Principal conductor Christian Karlsen has worked with most of the Netherland’s orchestras as well as conducting in Sweden, Belgium, Portugal, Switzerland, Germany and the United Kingdom. Christian Karlsen is a passionate advocate of contemporary music and has collaborated with many composers including Karlheinz Stockhausen and Sofia Gubaidulina. 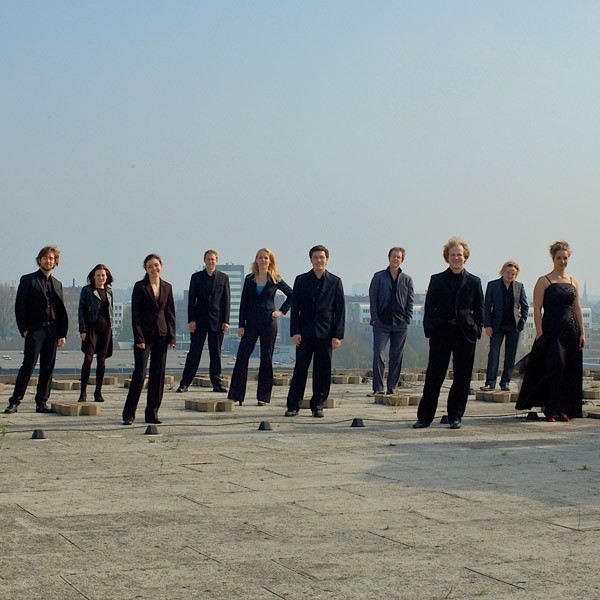